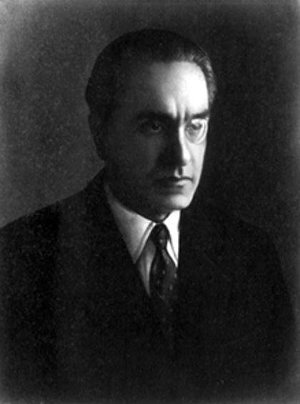 This is an excerpt from one of the best introductory texts on tradition and modern esotericism, “Revolt Against the Modern World” by Julius Evola. The original text is from the ancient Visnu Purana, foretelling the fate of mankind, particularly the men and women of the 20th and 21st century, and beyond. Alongside Guenon’s “The Crisis of the Modern World” and Miguel Serrano’s “Nos: Book of the Resurrection”, the writings of Evola provide a solid foundation for all seekers of truth, showing us how to transcend the decadent materialism and rampant nihilism of our age. Speaking of Serrano, Nos: Book of the Resurrection is one of the most difficult books to locate and has been out of print for quite awhile. Used copies go for over $700 and there aren’t any known copies on the internet. I am currently in the process of converting Nos into a PDF e-book so his works can be accessed easily by my readers. It is a crime that his works may never be seen by those worthy few. For my future articles, I will be focusing more on spiritual practices, mainly on sacred Hyperborean symbolism and practical methods of mediation that we can implement in our daily lives.

Outcastes and barbarians will be masters of the banks of the Indus, Darvika, the Chandrabhaga and Kashmir. These will all be contemporary rulers -of this age- reigning over the earth: kings [rulers] of violent temper… They will seize upon the property of their subjects; they will be of limited power and will for the most part rapidly rise and fall; their lives will be short, their desires insatiable, and they will display but little piety. The people of various countries intermingling with them will follow their example… The prevailing caste will be the Shudra… Vaisyas will abandon agriculture and commerce and gain a livelihood by servitude or the exercise of mechanical arts -proletarization and industrialization- … Kshyatrias instead of protecting will plunder their subjects: and under the pretext of levying customs will rob merchants of their property -crisis of capitalism and of private property; socialization, nationalization, and communism- Wealth -inner- and piety (following one’s dharma) will decrease day by day until the whole world will be wholly depraved. Then property alone will confer rank (the quantity of dollars – economic classes); wealth -material- will be the only source of devotion; passion will be the sole bond of union between the sexes; falsehood will be the only means of success in litigation… Earth will be venerated but for its mineral treasures (unscrupulous exploitation of the soil, demise of the cult of the earth)… Brahmanical clothes will constitute a Brahman… weakness will be the cause of dependence (cowardice, death of fides and honor in the modern political forms)… simple ablution [devoid of the power of the true rite] will be purification (can there really be anything more in the alleged salvation procured in the Christian sacraments?)… In the Kali age men corrupted by unbelievers… will say: “Of what authority are the Vedas? What are gods or Brahmans?” Observance of caste, order and institutes [traditional] will not prevail in the Kali age. Marriages in this age will not be conformable to the ritual, nor will the rules which connect the preceptor and his disciple be in force… A regenerated man will be initiated in any way whatever (democracy applied to the spiritual plain) and such acts of penance as may be performed will be unattended by any results (this refers to a “humanistic” and conformist religion) all orders of life will be common alike to all persons. He who gives away much money will be the master of men and family descent will no longer be a title of supremacy (the end of traditional nobility, advent of bourgeoisie, plutocracy). Men will fix their desires upon riches, even though dishonestly acquired. Men of all degrees will conceit themselves to be equal with Brahmans (the prevarication and presumption of the intellectuals and modern culture). The people will be almost always in dread of dearth and apprehensive of scarcity; and will hence ever be watching the appearances of the sky [the meaning of the religious and superstitious residues typical of modern masses]….. The women will pay no attention to the commands of their husbands or parents….. They will be selfish, abject and slatternly; they will be scolds and liars; they will be indecent and immoral in their conduct and will ever attach themselves to dissolute men….. Men having deviated into heresy, iniquity will flourish, and the duration of life will therefore decrease.

Nevertheless, in the Visnu Parana there are also references to elements of the primordial or “Manu’s” race that have been preserved in this Dark Age in order to be the seed of new generations; what appears again is the well-known idea of a new and final epiphany “from above”:

When the practices taught by the Vedas and the institutes of law shall nearly have ceased, and the close of the Kali age shall be nigh, a portion of that divine being who exists of his own spiritual nature in the character of Brahma, and who is the beginning and the end, and who comprehends all things, shall descend upon the earth… He will then reestablish righteousness upon earth; and the minds of those who live at the end of the Kali age shall be awakened, and shall be pellucid as crystal. The men who are thus changed by virtue of that peculiar time shall be the seeds of new human beings, and shall give birth to a race who shall follow the laws of the Krita age, or age of purity (primordial age).

In the same text and chapter it is said that the stock from which this divine principal will be born lives in the village of Shambhala; Shambhala – as I previously suggested – refers to the metaphysics of the “center” and the “pole”, to the Hyperborean mystery and the forces of primordial tradition.